TOP > Mayor of the room

Happy New Year to you all.
We would like to congratulate you on the fresh welcome of the XNUMXth year of Reiwa.We would like to express our sincere gratitude to all the residents for their understanding, cooperation, and support for the promotion of town administration.

By the way, on October 10, last year, the mayor and the town council members were elected, and the politics of the town was decided.With the support of many people, I was able to win the fifth term.
I would like to work together for the development of the town administration and the happiness of the residents for the given term.

The 1 Tokyo Olympics and Paralympics, which were postponed for the first time in history by one year due to the pandemic of the new coronavirus, were held exceptionally without spectators.Although there are pros and cons for the event, Olympian, who taught us the origin of "sports are fun" in the feeling of being blocked under the corona, won the highest medal ever and showed a moving and dynamic appearance. ..
Paralympian, who showed us the "potential of human beings", reflected a sincere performance that is the starting point for aiming for a society where everyone can live comfortably and a symbiotic society regardless of disabilities.

This year, the disability support facility "Yamanoko Gakuen Kyodomura" will be relocated and rebuilt to the former Wakaba nursery school site in the city due to the aging of the building and the aging of the users.
The town decided to demolish the Furumachi Community Center adjacent to the relocation site and to integrally develop community facilities for the realization of a community-based society.By connecting various actors in the region, we aim to realize a community-based society where people can live in harmony with each other.

In addition, the outdoor exhibition facility "Hoshikusokan", which opened in July last year and is the core of the Obsidian Obsidian Origin Site Preservation and Maintenance Project, is at the time of the Corona disaster, but it has XNUMX people in four months since its opening. I think that more than one person visited the museum, felt the power of the Obsidian mine up close, and thought about the life of the Jomon people who were with the magnificent nature of Nagawa Town.

By the way, regarding the new coronavirus infection, the explosive spread of infection called the 89th wave has been stopped due to the cooperation of the townspeople to prevent infection and the progress of vaccination (XNUMX% in Nagawa Town). , Currently in a lull.However, since a new mutant virus "Omicron strain" has been discovered, we would like you to continue infection prevention measures and prepare for the third vaccine "booster vaccination". Thank you.

In the face of the endless corona disaster, we have continued to support the spread of infection and the lives of local economies and residents affected by the spread of infection by utilizing temporary grants for regional revitalization.According to media reports, the government's supplementary budget for 2021 states that it will deliver temporary grants for regional revitalization to local governments on a scale of over 6 trillion yen, so we are preparing to make effective use of them without delay. I'm here.

Last year's Otaya Festival was a Shinto ritual festival, with the understanding of many people involved, including the Matsuri Float Preservation Society, to refrain from dedicating and opening stores in order to prevent the spread of corona infection. It was a very lonely beginning of the year.This year, we are planning to hold the festival according to the infection level of corona, but we hope that we can hold the Otaya Festival, which is close to the conventional one.

The XNUMXth year of Reiwa is the year of the tiger.The year of the tiger is said to be the year in which the buds grow.The seeds that have been sown so far will sprout and grow, and will eventually bear fruit.The feeling of happiness may differ from person to person, but the seeds of various measures will grow and make everyone happy so that each townsman can feel happiness, have dreams and live a proud life in the area where they are accustomed to living. We pray for a fruitful year and wish for the end of the new coronavirus infection. 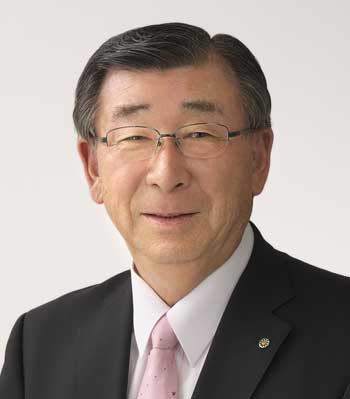 Reiwa XNUMXJanuary XNUMX of the yearDay