● to confirm the consciousness.

● consciousness if not "Call an ambulance!" And ask for help.

● place your hand on the forehead, to secure the airway by lifting against the two jaws of the other of the hands of the index finger and middle finger.

● to confirm the breathing while securing the airway.

● to start artificial respiration if there is no breathing.
Pinch the nose with your thumb and index finger, which was applied to the forehead while securing the airway.
Open the big mouth, cover the mouth of the victim, gently blown twice.
Slowly over a period of 2 seconds. (Degree swell lightly chest of the victim.)

● close the ear to the victim's mouth, you're breathing, you're coughing, whether or not there is movement in the body, examine the sign of circulation.

● perform immediately cardiac massage if there is no sign of circulation.
Extend the elbows straight, the chest to 3.5 ~ 5cm pressure.
To squeeze 100 times as early as 15 times per minute. Placing the base of one hand on top of the middle of the chest of the left and right of the nipple (the lower half of the ribs).

● direct pressure hemostasis
Beautiful name gauze, handkerchief etc. wo wound two against hand de pressure to.
In the case of bleeding from a large blood vessel, the astriction while carrying a weight with both hands when not in hemostasis be squeezed with one hand. 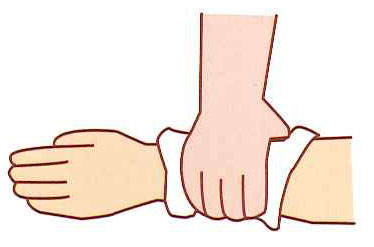 If there is a suspicion of fracture, as being fractured, and the allowance.
● and fixed so as not to move the portion that is fractured.
● Even if deformed, and secure as it is.
● newspaper if there is no splint for fixing the weekly magazine, bars, you can also fixed with a blanket or the like. 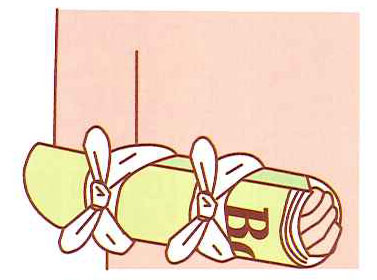