In the Internet system, to build a system that conforms to DOCSYS1.1 is a time of state-of-the-art technology, it has come to implement this announcement using the Internet system broadcasting services and telephone services.
However, the current equipment, because the announcement broadcasting system and the Internet system are closely linked, what equipment will be out also affects all system failed. In addition, since the expiration of the server group is already 9 years been installed in the fiscal 15 year, recently has trouble of equipment occur frequently, located in the situation in which over a period of a lot of trouble to the user.
For even equipment maintenance, statutory useful life of the server equipment has become a five-year, because of the design manufacturers five years to the reference, maintenance parts is no state, to continue the service in the current system It has become a very dangerous state. Also, recently in a number of defects and the like can not use the Internet can not-call does not hear the voice has occurred. However, equipment that is currently used for can not buy things new has become a discontinued at the manufacturer, is the state in which the re-use of the old machine parts.

3) In order to future also continue a stable service

In the future, we set up a FM announcement broadcasting equipment center facilities and Internet equipment center facilities in September, performed sequentially terminal exchange of each home than 10 month. Changes to the new announcement broadcast will be switched together with the terminal exchange.
In addition, at the time of the exchange will ask for your cooperation so ask exchange trader with a certificate. 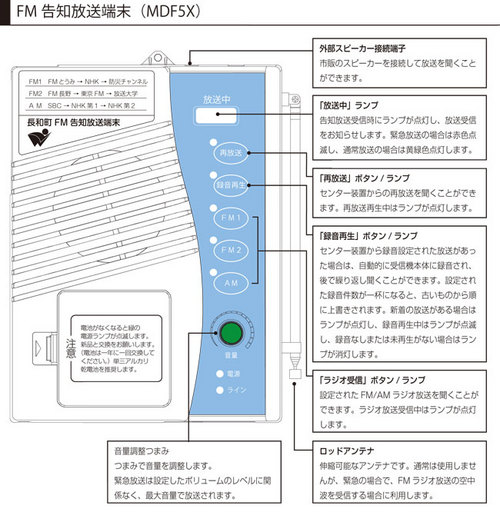 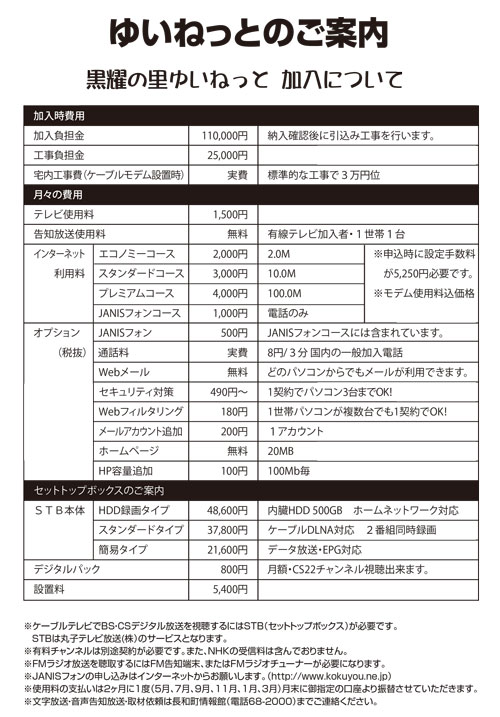 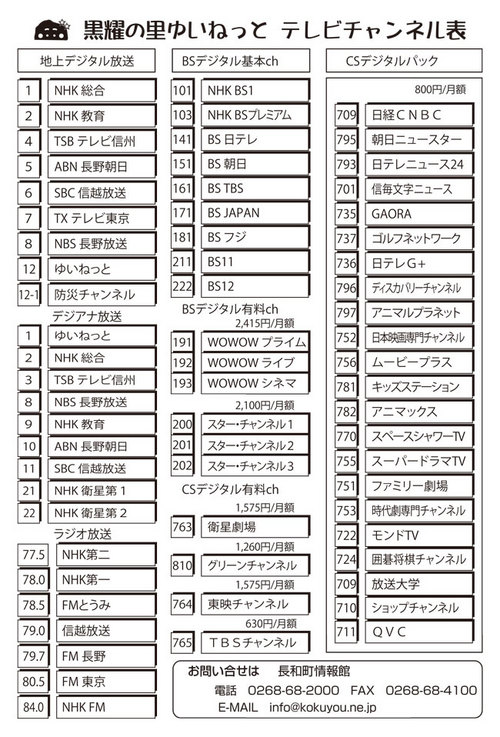