In NAGAWA, for this direction that the Board of Education has laid out, we conducted a townsman questionnaire survey to confirm the intention of the residents.

The design of the study

Breakdown of the sample 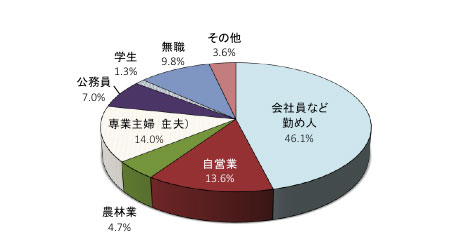 [Presence or absence of the following child elementary school] 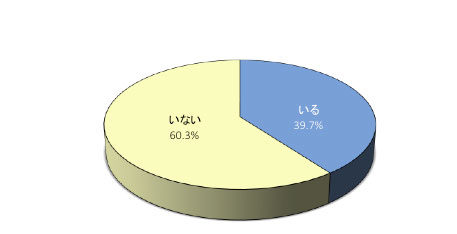 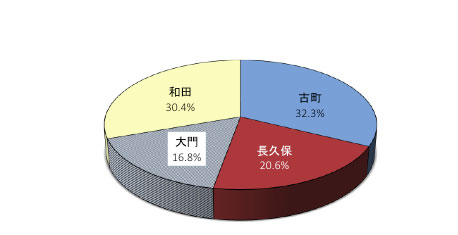 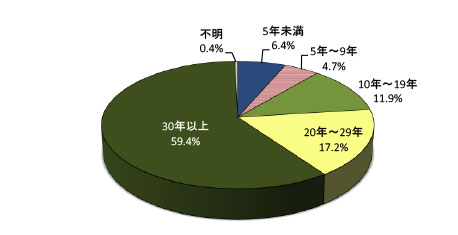 Do you know the NAGAWA education Charter?

◆ "know" one in three
NAGAWA Board of Education March 21 (2009) "know" was the "education outline" formulated in the year 34%, "do not know" 66% and well-known degree of stay in one in three people. Question since we've asked to refer to in the content "home and nursery schools, schools and regions nurture a rich humanity together education, NAGAWA education Charter aimed at the realization of education to be proud of the home", its impact It is also conceivable.
"I know" of more than 70 years of age, the higher the elderly is 47%, in the profession civil service and agriculture and forestry is more than half. In areas with the highest 41% of Wada.
And parents who are the following children elementary school, there is not much open in the home that does not have.

◆ "I know" is 76%
Last year (Heisei 25) 76% “know” that the Nagawa Town Board of Education issued a policy that “It is better to integrate Wada Junior High School into Yoda Kubo Southern Junior High School”. For women, 80% is 8 points higher than for men.
Also protection who are the following children elementary school students who answered "know" in the 79%, higher than the home that does not have 5 points.

To be integrated into the TAKUBO southern junior high school Yi Wada Junior High School, What do you think?

◆ Agree in total 81%
To be integrated into the TAKUBO southern junior high school Yi Wada Junior High School, I heard what he thought. "Favor" 62.4%, 18.5% together with 80.9% "favor if anything" showed the intention of favor.
Agree 30 bill at more than 70% with all ages, 40 fee, more than 70-year-old is more than 80%. Families with the following children's elementary school students also reach to 86.6%. 89.7% of Nagakubo in the region is the highest, Furumachi and Daimon also but more than 80%. Wada "favor" 42.7%, lower than 24.5% and the three regions together 67.2% "favor, if anything." Parents who just there are lived by the following children elementary school in Wada 78.8% felt they favor.
Contrary to all ages, occupations, but below 2 percent in the region. 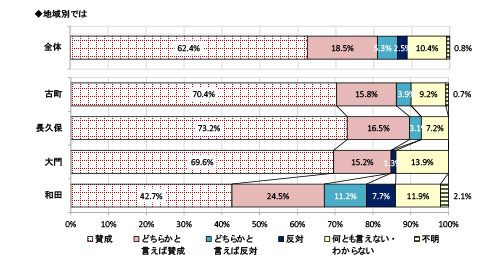 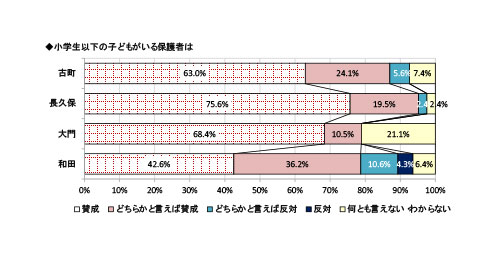 ◆ "extracurricular activities of selection is spread enhance", "spread a friend relationship" more than 80%
To 381 who answered in favor of integration into Yoda recess southern junior high school of Wada Junior High School, I heard the reason (select all).
Top 85% of the "choice of extracurricular activities is spread to enhance", then 83% of the "friends relationship is spread", "social resistance and sociability spread" 66%, "competitive spirit can be improved" high in 56% 4 item exceeds 50%. "Extracurricular activities" and "friend relationship" is a 80% more than in most of the layers, it is the core of the integration favor reason.
"Social resistance and sociability" is, 70% of families with the following children elementary school is like.
"Competitive spirit to improve" more than 70-year-old is in 79%, remarkably high compared to other age. The 5, 6 th and "Nagawa townspeople to integrate more," "financial burden reduction is desirable" is lined up with 49% stand.

Reason for the opposition to integration

◆ "Difficult teaching according to each individual" "Great burden on commuting"
The reason that I heard in 37 who answered the opposite to integration (select all), "it is difficult to become leaders in accordance with the individual," "burden on the school is large" and the sequence in 65%, the effect of the "region is large ( schools such as the event is no longer) "54%," the alma mater no longer lonely "49% to continue.
Just reference value since both the small number of samples.

◆ "within the year" is 60%
For Wada Junior High School integration issues, it received that education length is announced, "I want to reach a conclusion within this year", was asked when the conclusion is desirable.
"In the (until March, 27 years) this fiscal year" is the overwhelming majority of 60%, "it is not necessary to separate the time" and "within two to three years" was 13% stand. "In this fiscal year," the conclusion is 66% of families with the following children elementary school wants.
Wada "55%" conclusion "within this year" is a little lower than the other three areas. However, if it is limited to parents who have children under elementary school age, it is 70%, and parents of other three regions strongly desire "within this year". 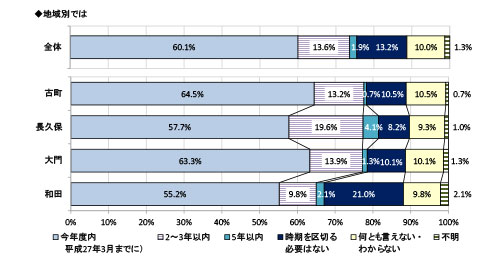 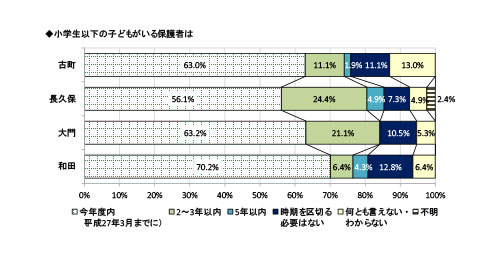