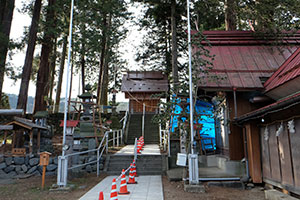 It floats for the fiscal year 27 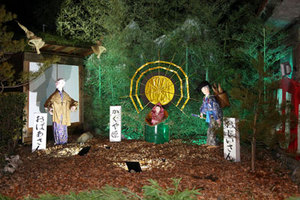 Once upon a time, in a certain place, I got off the old man called the old man of Taketo. Take a bamboo entered the field and mountains, so we have built a living to make a basket or colander.
One day, the old man will always take into the bamboo, I found a bamboo root source is glowing. When I approached wondering, Nakaniwa it of about ten centimeters it had been sitting in the quiet small cute girl.
The old man, saying "It's a child I was in a bamboo have seen all the time. I'm sure 's gift from God.", Put the girl in the palm of your hand, I went back with him to the house. Even willing grandmother, was brought up the girl carefully.
Then, strangely it began to occur. Old man every time you go to cut the bamboo, now from distrust of bamboo as golden leaves. The old man and the old woman, now very much a get rich.
Girls, became an instant increase in just three months. So brilliant as beautiful, was called Do I bamboo furniture and princess. 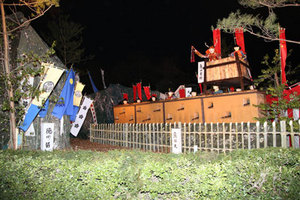 1614 years (1614) 12 month four days before dawn, army of Tokugawa how surging as of disappearing is, Yukimura Sanada father and son 6 thousand was Semekake to confine oneself Sanada round.
Tokugawa how South Exit attack Corps (Maeda Matsudaira-Date-Ii-Todo) 40,000 troops, ahead of the fight, entered the Karahori remain leadership can not be taken, by placing a gap without guns in the fort of the iron-clad of firepower emphasis not waiting
Was to Yukimura Corps, hung poured as of Raining arrows bullet, fell into a state in which no progress can also be retracted out a large number of victims.
Sturmabteilung is attacked that Daisuke is to lead there, Sanada Corps was overwhelmed in hand-to-hand combat.
Ieyasu look at this situation, many times issued a withdrawal order, the Tokugawa who made the evening drew soldiers.
Hard-fought result, damage of the Tokugawa side is enormous, it was a big victory of the Osaka side.
In Osaka winter of Jin, offense and defense tactics of branch castle Sanadamaru that was supposed to enhance suddenly the name of Yukimura Sanada is, Mukaeuchi the army 38,000 of father Masayuki is Hidetada Tokugawa at Ueda Castle, of decisive to also stay 10 days Sekigahara
Those leading to the tactic of using a tactical which is delayed in the fight. 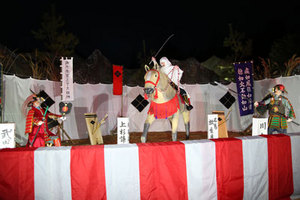 To the Warring States period, between Shingen Takeda of Kai (Harunobu Takeda) and Echigo Kenshin Uesugi (Kagetora Nagao), control over the come around fighting was collectively, "Kawanakajima of battle" of Kitashinano is astronomical 22 year (1553 ) from was carried out a total of five times over the 1564 years (1564). The largest among the series of battle, became the Warring States one of the most battle is famous for its "Muchikoe Shukushuku", it is the fourth-order battle of 1561 years (1561).
Uesugi army was lineup in Saijo mountain, to perceive the Takeda army of attack, the middle of the night, down the secretly mountain by multiplying the thick fog, close to the front of the eyes of the Takeda army Honjin that lineup to Yahatabara, fog clear and at the same time all-out attack It was carried out combat has been started. This Kenshin in the midst of the battle is riding on his own horse to single horseman rush to Honjin of Shingen, also tries to cut to Shingen, Shingen is said to have dodged this with tactics that listed.
The first half is Gun Uesugi was dominated, by the arrival of another dynamic Corps of Takeda army, it retreated until the Gun Uesugi became disadvantageous situation Zenkoji Temple, because it was also stopped the chase Takeda army, a clear victory or defeat is not stick fight was terminated .
Two great men, while a rival of the Warring States history maximum of fate, and praise the "last days to Arigataki coach of the Warring States" a person or business performance to each other that it is. In addition, talk that Kenshin has sent salt to the enemy of Kai, is famous as Bidan of the Warring States. If alive Nagarae is Shingen, Kenshin or will history was how to change.

Chushingura Yamashina of farewell of the place [the fourth lot downtown, Fujimi-cho] 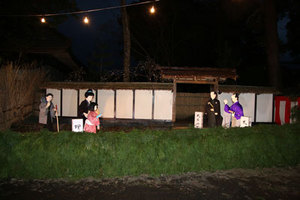 300 year be traced back now, major incident to shake the world of peace broke out.
Genroku 14 year (1701) 3 May 14 date, Banshu Ako during the Edo Castle lord, is Asanotakuminokami, was slashed to Kirakozukenosuke, is the world say "the corridor of bloodshed pine".
Ueno but Kai did not lead to important, Takumi head same day seppuku, Ueno intervention was a judgment that without your blame.
Kuranosuke Oishi's largest chief retainer who received the news in the country source, opened the rating collecting samurai. In this judgment was contrary to the principle of punishment to both parties for engaging in a feud, Asano house vassal is strong opposition. Who also had a lot to preach the siege of the die in battle readiness.
Kuranosuke is admonished that house revival was the nominee of the Asano university is the most important, was Kogitsuke to Kaesong.
The Kuranosuke from emigrated to Yamashina, issued a letter relying on the Den, it has been vigorously lobbying towards the house revival.
However, house break becomes decisive, Kuranosuke is to resolve the Kira house raid.
"Yamashina farewell of place" is, Kuranosuke that was determined to put an end to raid in April of the following year of bloodshed incident, Chikara parents and children, is the name scene of Chushingura stamp reluctant farewell with his wife physical 玖 of Kuranosuke. Chikara of preparedness which is not willing even to death, the sister sad goodbye without knowing apparent reason, was the'll meet waving holding back tears. Kuranosuke watch the sama, or would have been Ikabakari among the breast of Ri玖.
12 month 14 date of this year, late at night snowy, raid was fulfilled. In February of the following year, it is hara-kiri in the Forty-Seven Ronin all of 46 who had become a Oazuke to feudal lords 4 house was ordered.
For Oishi parent and child, is the parting of the Yamashina became the farewell of this life. 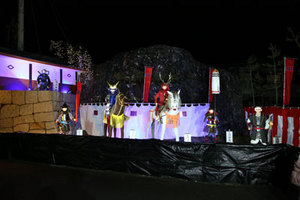 Yukimura Sanada is, Eiroku 10 year (1567), was born as the second son of the Masayuki small daimyo Sanada of Shinano. Appear spectacular in Table stage of history was only about only six months of his later years. The Siege of Osaka, spite of the overwhelming military force difference, was the Tokugawa army and evenly matched fight over. Sengoku is a tactician of the era legend.
Keicho 19 year (1614), Yukimura had been curfew in Takano foothills Kudoyama, invited from Hideyori Toyotomi, went to the Osaka Castle. Osaka in demal "Sanada circle" who built himself in the summer of camp, the army of the Tokugawa how come Asked gave own head, a heavy blow. However, proceeds success despite voluntary arrangement of Yukimura, et al., Osaka Castle is inner moat even filled, the Hadakajo. The Toyotomi army does not remain longer road should take only curb decisive battle. Yukimura led the three thousand surplus of Sanada red equipped Corps along with the son, Daisuke, to kick - off the Osaka Castle with Nagamasa Kuroda and Mosho Matabei Goto Corps were divided bosom.
Among the Sengoku last war-Osaka summer of Jin by Toyotomi, Tokugawa, battle of Yukimura to burn out the fire of his own life as a warrior is about to begin. 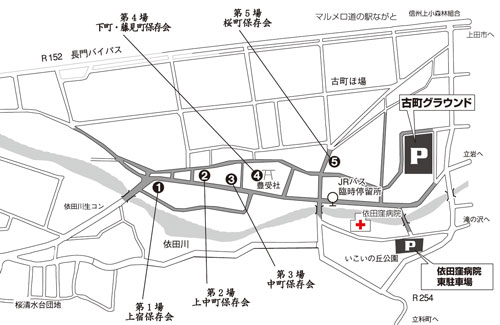